NOTE:Continuing Dave's adventures into new technology and such he now has his outside garage/lumber rack replaced by a CNC machine which he has been learning how to set up and create projects over the last year.

He has now been able to use the CNC to produce his 'STANTON Bench" rather than manually using the Parf Guide system directly. Dave spoke about the learning curve in just constructing, aligning, then starting into designing and then using the software to run the machine to make it.

He took us through the various steps in setting up the CNC (calibrating it) and then kindly set up a design for a sign for the club and then using some 'scrap'...very nice scrap I  might add and then set the machine running to make it as we watched  from the sidelines.

The carving needed some infill to make it standout so later Phil T added this and  it is shown in the last pic. So when ever we have public events to attend we have an excellent sign to advertise who we are thanks to Dave's generosity.

Note: Our treasurer Anthony can also be seen writing out a cheque to  buy a Stanton Bench for the club after his previous little demo in the workshop. 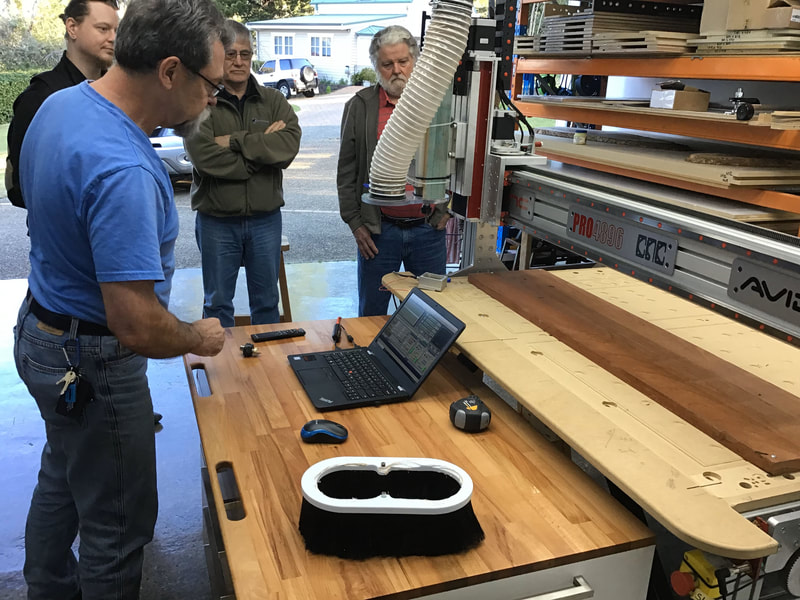 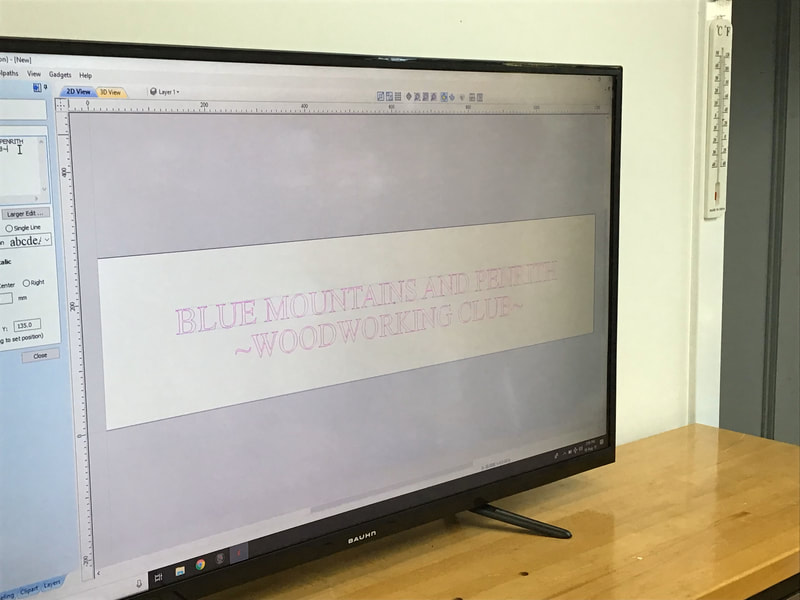 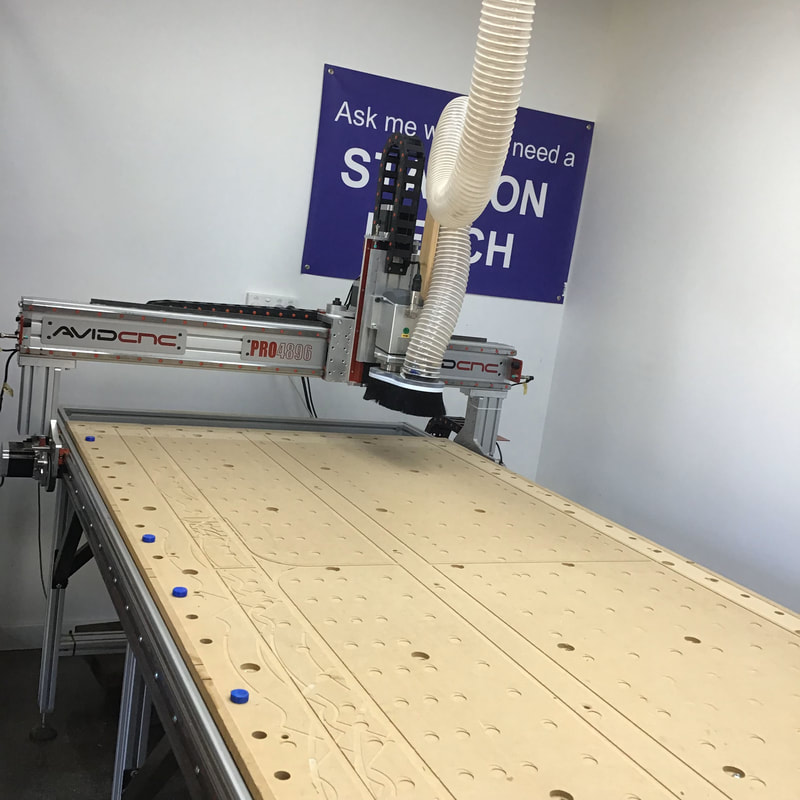 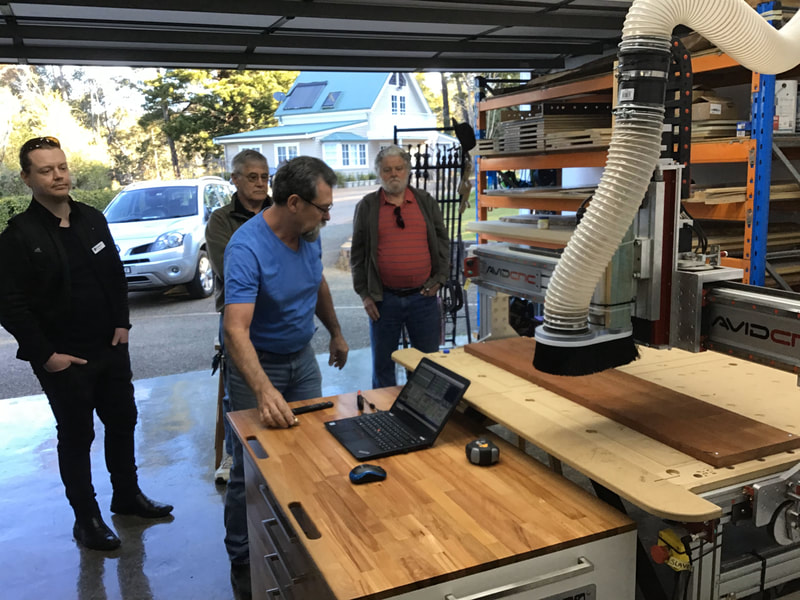 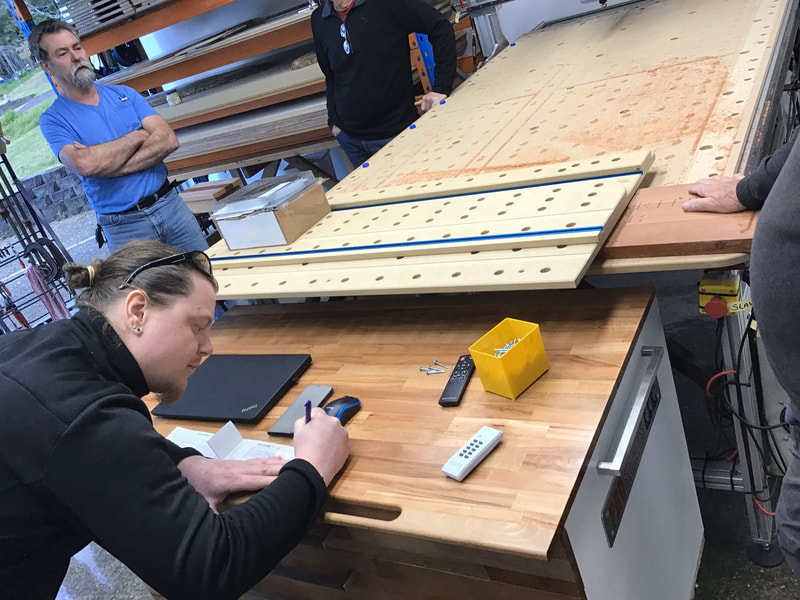 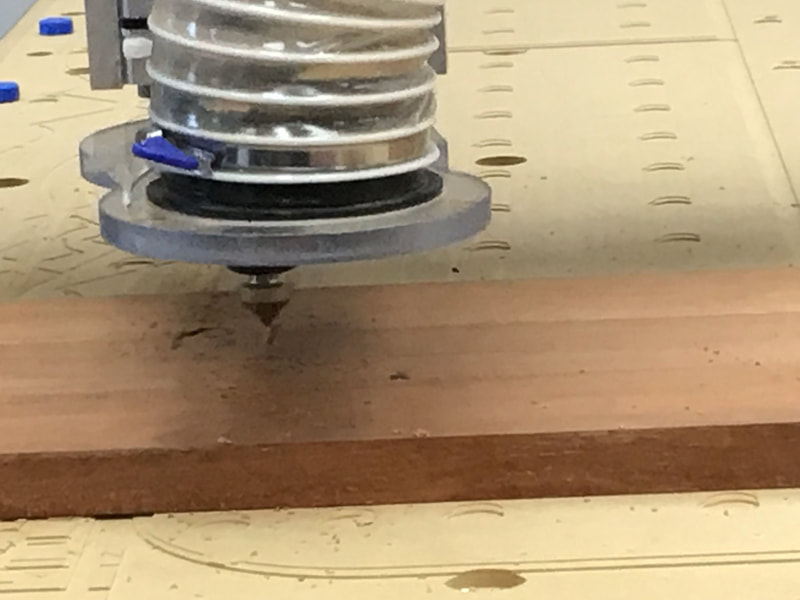 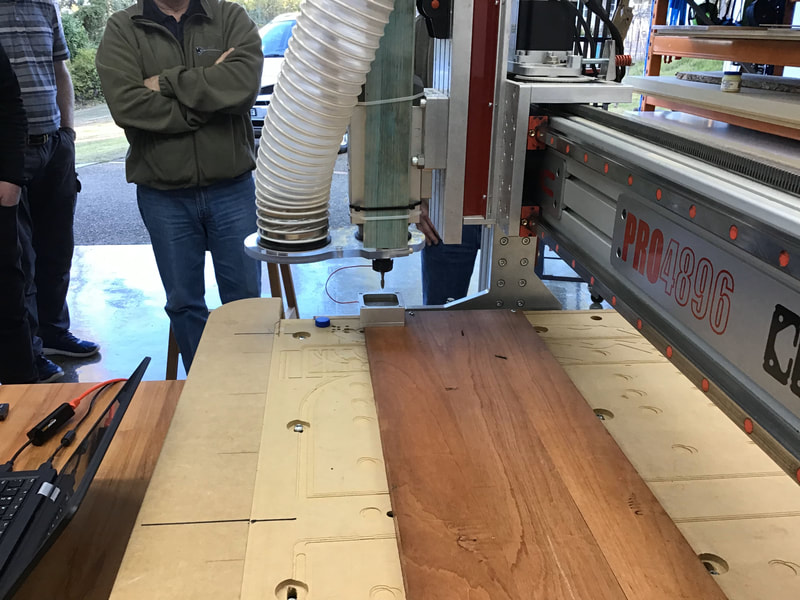 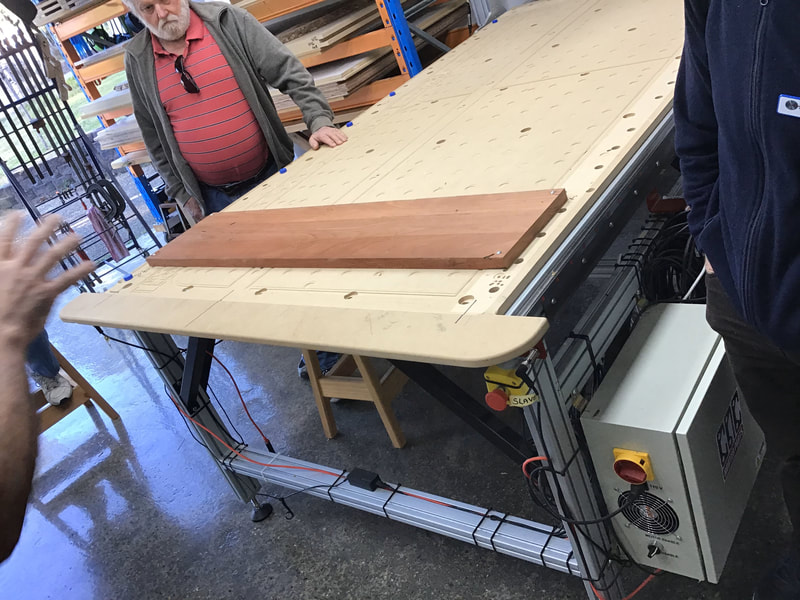 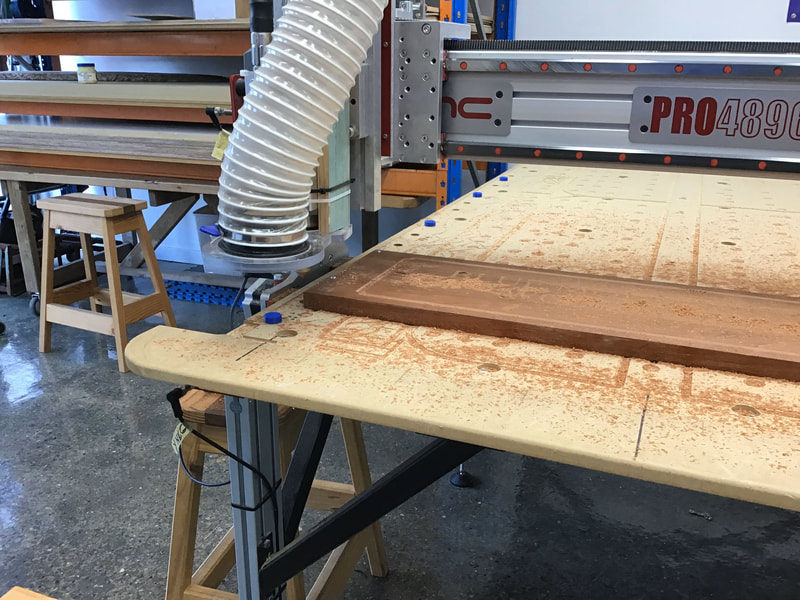 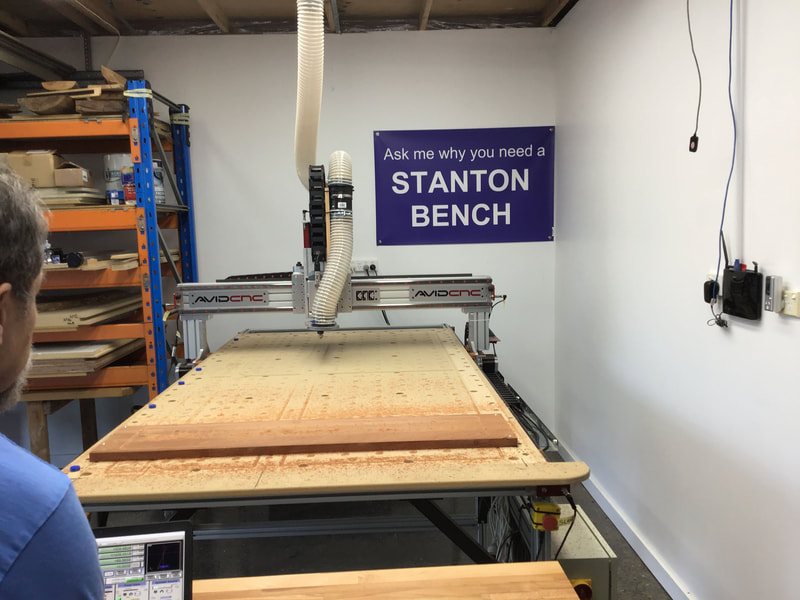 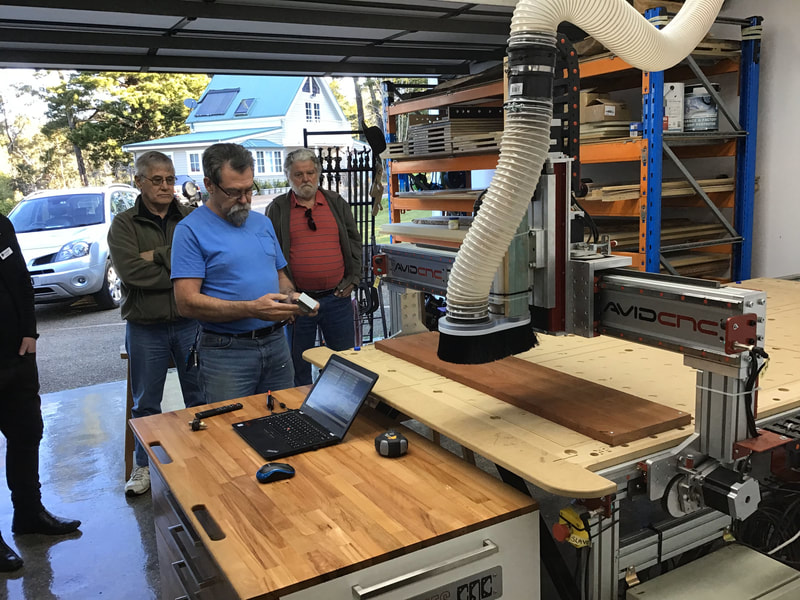 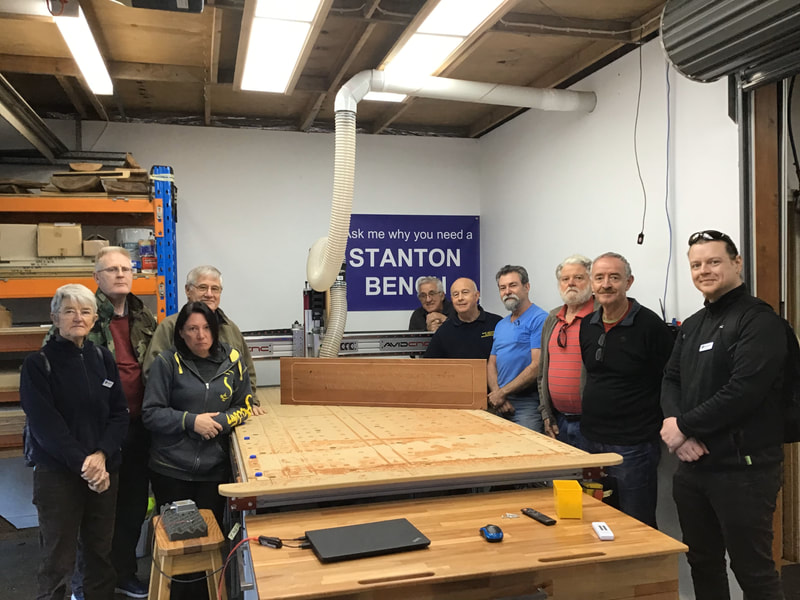 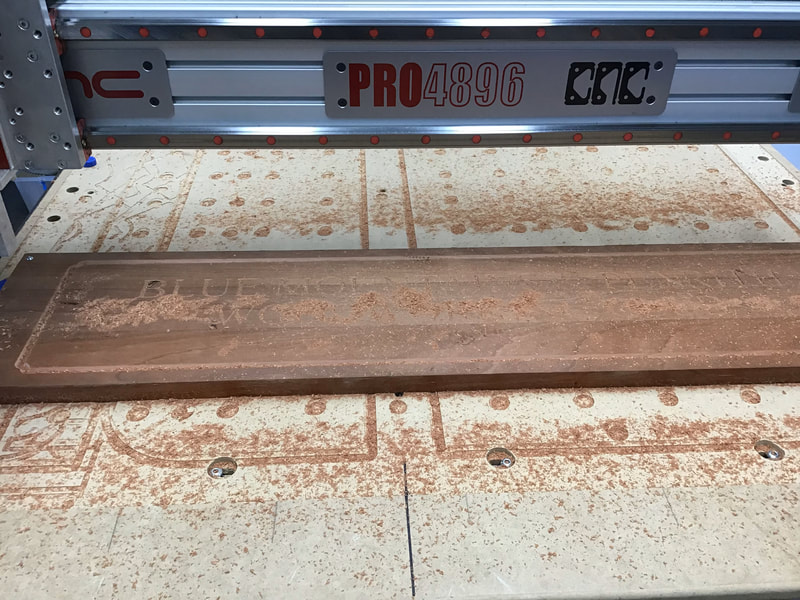 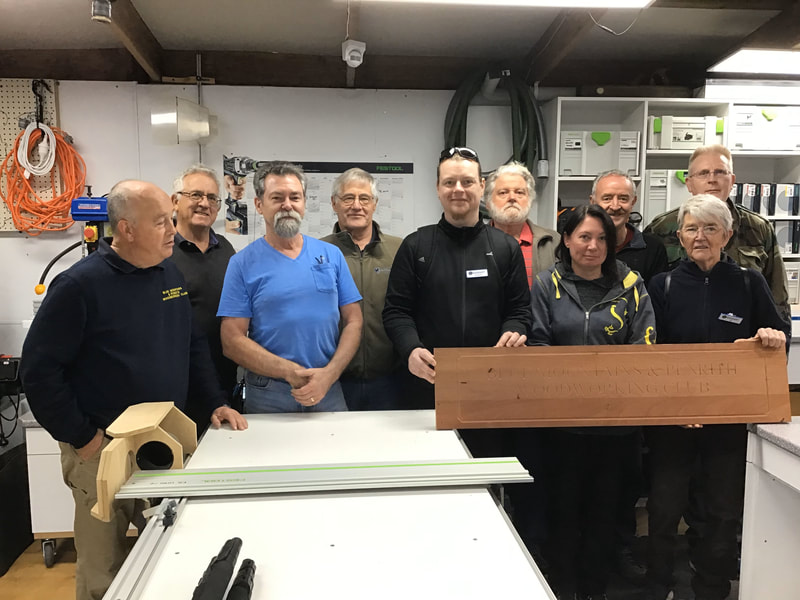 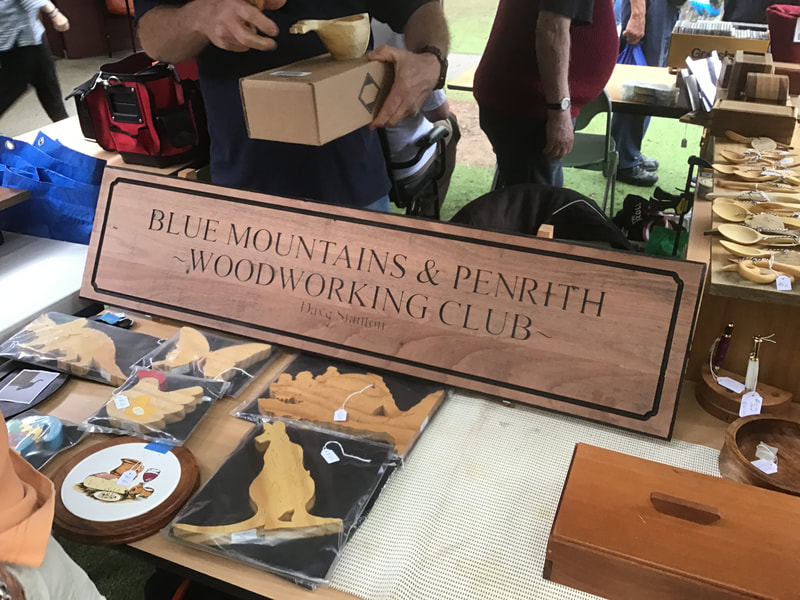